All Collections
Blender
Other Tutorials
Using Overlay materials in Blender

In this written tutorial you'll learn how to use overlay materials like road patches in Blender.

Written by Bill Barber
Updated over a week ago

We have a variety of overlay materials but one of the most numerous is our road patches, which have been designed to work in tandem with our city street materials so we'll be using that as our example for this tutorial.
The same principles would apply to almost any overlay that was designed to be used as a complete material. (I.e. One that includes a full set of PBR maps.)

How to apply an overlay

We're going to assume that the road material is already imported via the converter and mapped how you like it. 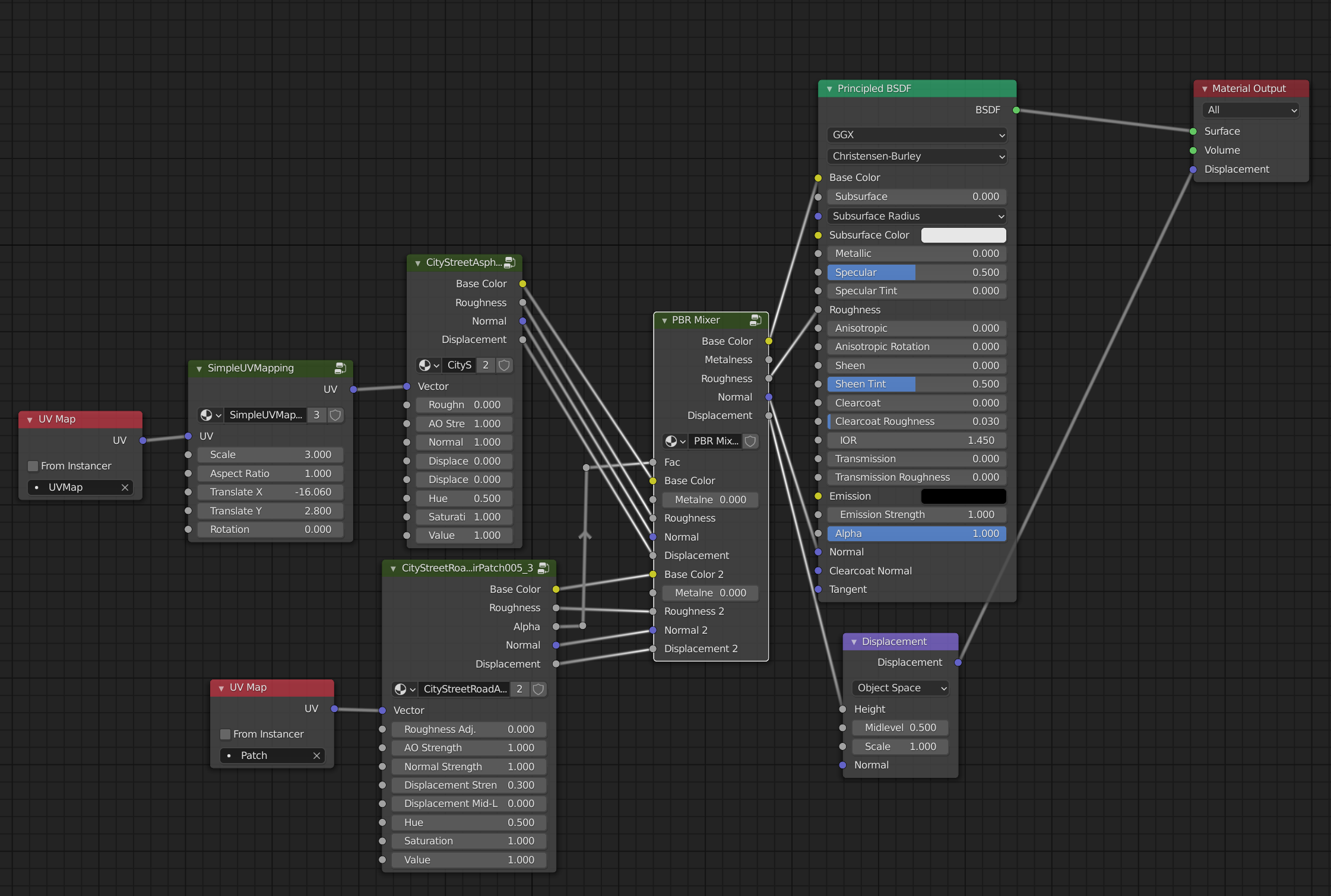